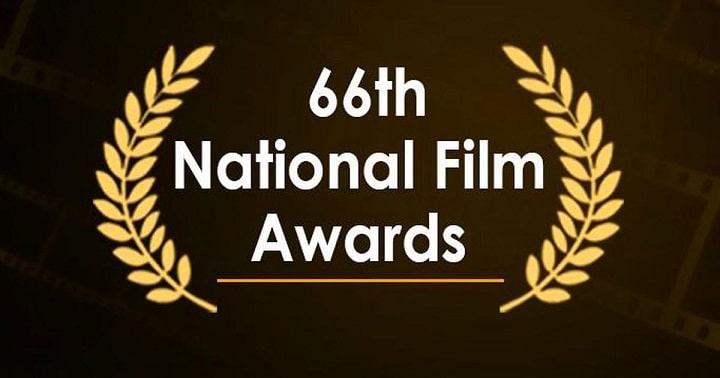 The announcement of the 66th National Film Awards were held at Shastri Bhawan in New Delhi. Earlier today, the jury members submitted their report to Information and Broadcasting Minister Prakash Javadekar with their final recommendations in various categories.

Director Rahul Rawail presented the list along with other jury members.

The list of awards this year saw a major presence of Bollywood films. The films Uri, Padmaavat and Andhadhun each picked up several awards each. The Best Feature Film this year was awarded to Gujarati movie Hellaro. Vicky Kaushal shared the Best Actor National Film Award this year with Ayushmann Khurrana. While Vicky’s win was for Uri, Ayushmann’s was for Andhadhun. Keerthy Suresh was awarded the Best Actress National Film Award for her performance in Mahanati, as the legendary actress Savitri.

Best book on cinema: Malayalam Book Mano Prarthana Pulley; In A Cult Of Their Own gets Special Mention

Social Justice Film: Why Me, Ekant

Best Film on Science and Technology: GD Naidu: The Edison of India

Best Panchanga Film: In The Land Of Poisonous Women