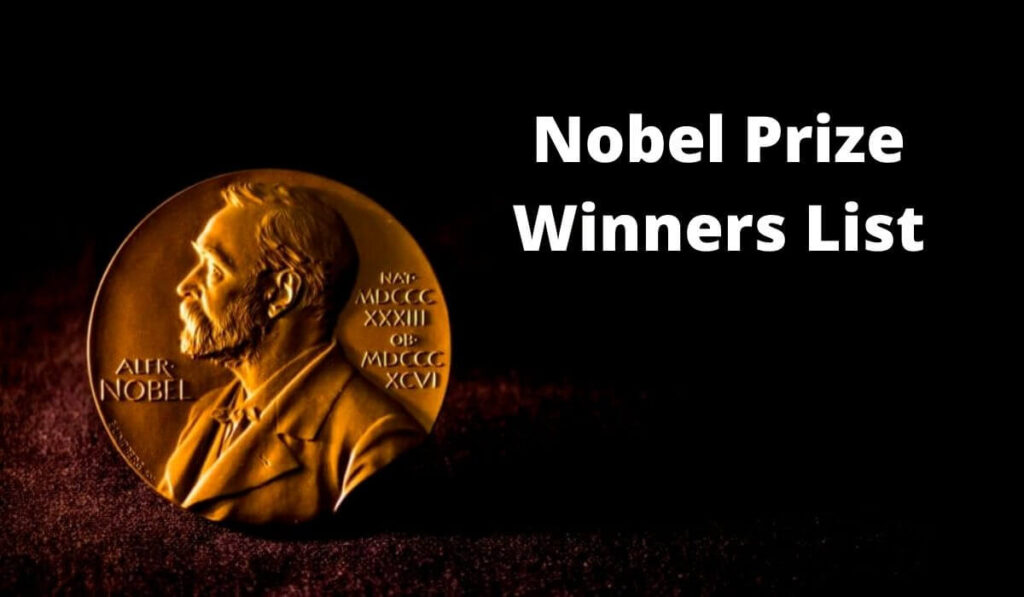 Nobel Prizes are usually awarded in the fields of physics, chemistry, physiology/medicine, peace, literature, and economics. The Nobel Prize was instituted in 1895 in memory of Sir Alfred Nobel. The award is given to people in the research field. Now here we are sharing some interesting facts on the Nobel Prize and providing the Latest Nobel Prize winners List of the Year 2021 that has been announced recently.

The 2021 Nobel Prize in Chemistry will be awarded to Benjamin List and David W.C. Macmillan “For the development of asymmetric Organocatalytic.” Benjamin List was born in 1968 in Frankfurt, Germany. David William Cross Macmillan FRS FRSE is a Scottish-born chemist.

Nobel Prize in Physiology or Medicine:

The 2021 Nobel Prize in Physiology or Medicine has been awarded jointly to David Julius and Ardem Patpoutian “for their discoveries of receptors for temperature and touch”. Their discoveries have unlocked one of nature’s mysteries by explaining the molecular basis for sensing heat, cold, and mechanical force, for our ability to feel, interpret and interact with our internal and external environments. is original.

The Noble Prize 2021 for Peace has been awarded to Two Journalists Maria Ressa and Dmitry Muratov. The Journalists hail from Russia and the Philippines and Russia respectively. They have been awarded peace prizes mainly for their fight for freedom of Speech and Expression in very Adverse conditions.